President Trump formally withdrew the United States from the Trans-Pacific Partnership (TPP) on his first full weekday in office. This “Day-1” executive action fulfills a promise the President made during his campaign and signifies the hard shift his administration will take toward a global economic policy intended to promote “prosperity through protection” rather than through free trade.

During the campaign process, President Trump called the TPP a “disaster” and “the worst trade deal ever.” This action represents his first official step taken as president toward the “America First” approach he outlined in his inaugural address, to “protect our borders from the ravages of other countries making our products, stealing our companies and destroying our jobs.”

What is/was the TPP anyway?

The TPP is a comprehensive trade agreement developed by 12 Pacific Rim countries: Australia, Brunei, Canada, Chile, Japan, Malaysia, Mexico, New Zealand, Peru, Singapore, the United States, and Vietnam. If ratified by all 12 members, the TPP would have become the largest regional trade deal in history, accounting for GDP of nearly $28 trillion (approximately 40% of global GDP) and one-third of world trade.

The TPP agreement was a hallmark of the Obama administration, which claimed the pact would boost U.S. competitiveness in the Asia-Pacific region, support more than $2 trillion in U.S. exports of goods and services, and increase the number of export-related jobs in the U.S. The agreement promised to cut tariffs on approximately 18,000 products, while helping to bring Pacific Rim nations closer together and serve as a counterweight to China’s growing regional economic influence. The pact also sought to reduce the incentive for American companies to off-shore jobs to partner countries by leveling the playing field with rigorous labor and environmental standards, while also addressing intellectual property rights, trade disputes, e-commerce policies and anti-corruption measures.

The agreement, however, became a flashpoint with both political party candidates during the presidential campaign. Hillary Clinton first supported the Trans-Pacific Partnership as secretary of state, but later echoed the sentiments of Bernie Sanders saying that the final accord was not sufficiently beneficial to American jobs and consumers, saying it would benefit wealthy corporations at the expense of workers and the environment. President Trump broke from Congressional Republicans who have long supported such free trade agreements. President Obama in fact worked closely with Republican leaders in the House and Senate to gain final approval for trade promotion authority, which allowed the trade package to be presented to Congress for vote. Amid growing opposition to the pact, however, Congress never approved the deal.

Where do we go from here?

President Trump’s decision to withdraw from the TPP was largely symbolic, as most experts believe the pact no longer carried enough support in Congress to be approved. Though the Trans-Pacific Partnership was essentially dead on arrival, President Trump reinforced his administration’s shift to an economic policy centered on jobs and protectionist policies. As he stated in his inaugural address, “Protection will lead to great prosperity and strength.” This theme represents a major shift from the policies that both political parties have pursued since the end of World War II, namely the promotion of global economic growth and integration through multilateral free-trade agreements.

With the TPP now officially off the table, it remains to be seen how hard the President will push in support of other items on his global trade agenda – the ‘ripping-up’ or re-negotiation of NAFTA, or the threat of imposing tariffs on Mexican and/or Chinese imports.

Clark Schaefer Hackett’s International Business Services (IBS) group will continue to follow the dynamic global business environment and keep you updated about issues affecting your business. Our IBS team specializes in providing planning and consulting to companies that do business overseas, with solutions that are focused on the needs of middle-market organizations. If you have any questions or would like to discuss how global trade issues might impact your business, please contact your CSH representative, Dan Fales ([email protected]) or Sean McGrory ([email protected]), co-chairs of Clark Schaefer Hackett’s International Business Services Group. 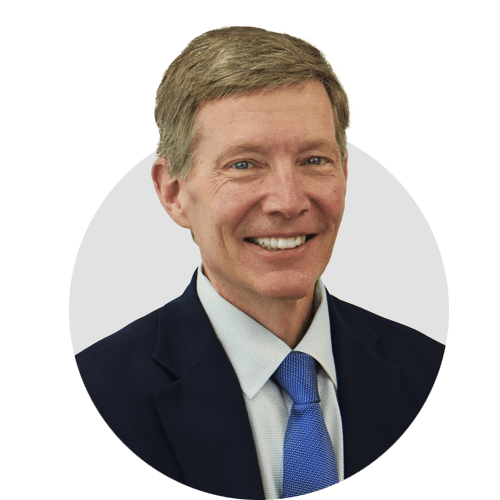